Most people were aware of the horrible political scene in North Korea, but when a 22-year old American student died after being detained for stealing propaganda poster from his hotel everyone became aware of the absurd political scene in North Korea. No one really ever sees the true side of North Korea. However, the same year the American tourist was condemned to forced labor, photographer Michael Huniewicz successfully smuggled out into ‘free world’ and captured over 70 photos showing the true side of North Korea. 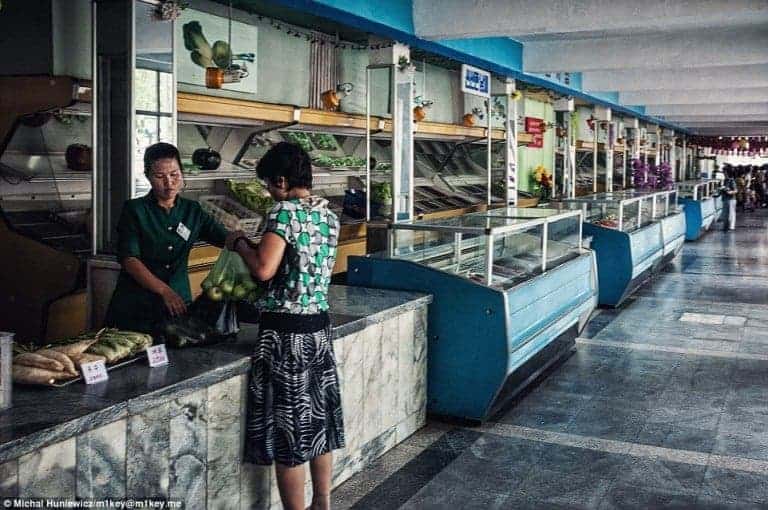 This photo actually took a great amount of risk as this area the photo was taken is reserved for locals only. In fact Michael recalled only having 5 seconds before he was kicked out. Fortunately he was able to take the photo without being seen.